The Early Miocene Euphrates Formation is characterized by its oil importance in the Qayyarah oil field and its neighboring fields. This study relied on the core and log data analyses of two wells in the Qayyarah oil field. According to the cross-plot’s information, the Euphrates Formation is mainly composed of dolomite with varying proportions of limestone and shale. Various measurements to calculate the porosity, permeability, and water saturation on the core samples were made at different depths in the two studied wells Qy-54 and Qy-55. A relationship between water saturation and capillary pressure has been plotted for some core samples to predict sites of normal compaction in the formation. The line regression for this relationship was considered as a function of the ratio of large voids to the total volume of voids in the sample. The coefficient of determination parameter was used in estimating the amount of homogeneity in the sizes of the voids, as it was observed to increase significantly at the sites of shale. After dividing the formation into several zones, the well log data were analyzed to predict the locations of oil presence in both wells. The significance of the negative secondary porosity in detecting the hydrocarbon sites in the Euphrates Formation was deduced by its correspondence with the large increase in the true resistivity values in both wells. More than 90% of the formation parts represent reservoir rocks in both wells, but only about 75% of them are oil reservoirs in the well Qy-54 and nearly 50% of them are oil reservoirs in the well Qy-55. 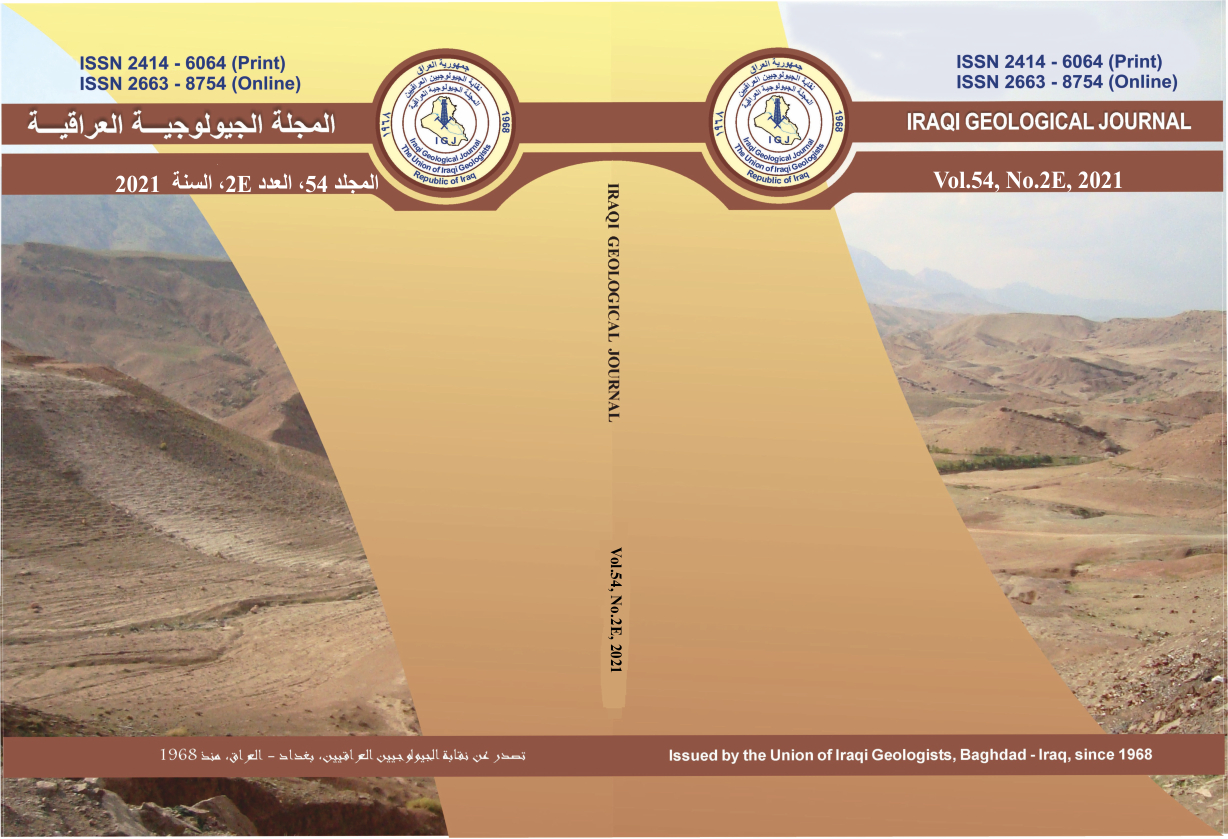