The upper sandstone member (Z/2) is one of the most important reservoirs in the Zubair Oilfield, south of Iraq. It belongs to the upper part of the Zubair Formation, the Lower Cretaceous age, and deposited in deltaic environments. The upper sandstone member consists of several sandstone units which are isolated by the shale units. Major trace and rare earth elements (REEs) of the upper sandstone member in Zubair Formation have been analyzed. Six core samples were used to determine the source of sediments, paleo-environment redox condition and elements concentrations. The geochemical analysis data indicate that the source of sediments rock was influenced by a low to moderate degree of weathering conditions in the Hammar and Safwan Domes. The results have shown that all samples were formed in an oxic environment, with humid paleoclimate. Geochemical analysis data indicate that all rock samples are fundamentally derived from rhyolitic and andesitic rocks more a felsic source. The results show that the samples are mainly of marine organic matters input. The values of Chemical Index of Alteration in the Hammar Dome range from 13.05 to 24.37, while from 23.72 to 77.22 in the Safwan Dome. These results may attribute to fine and medium clastic sedimentary rocks in the H sandstone unit, with a low degree of weathering in the Hammar Dome, and high to medium with slightly higher abundance of clayey silts in the Safwan dome. 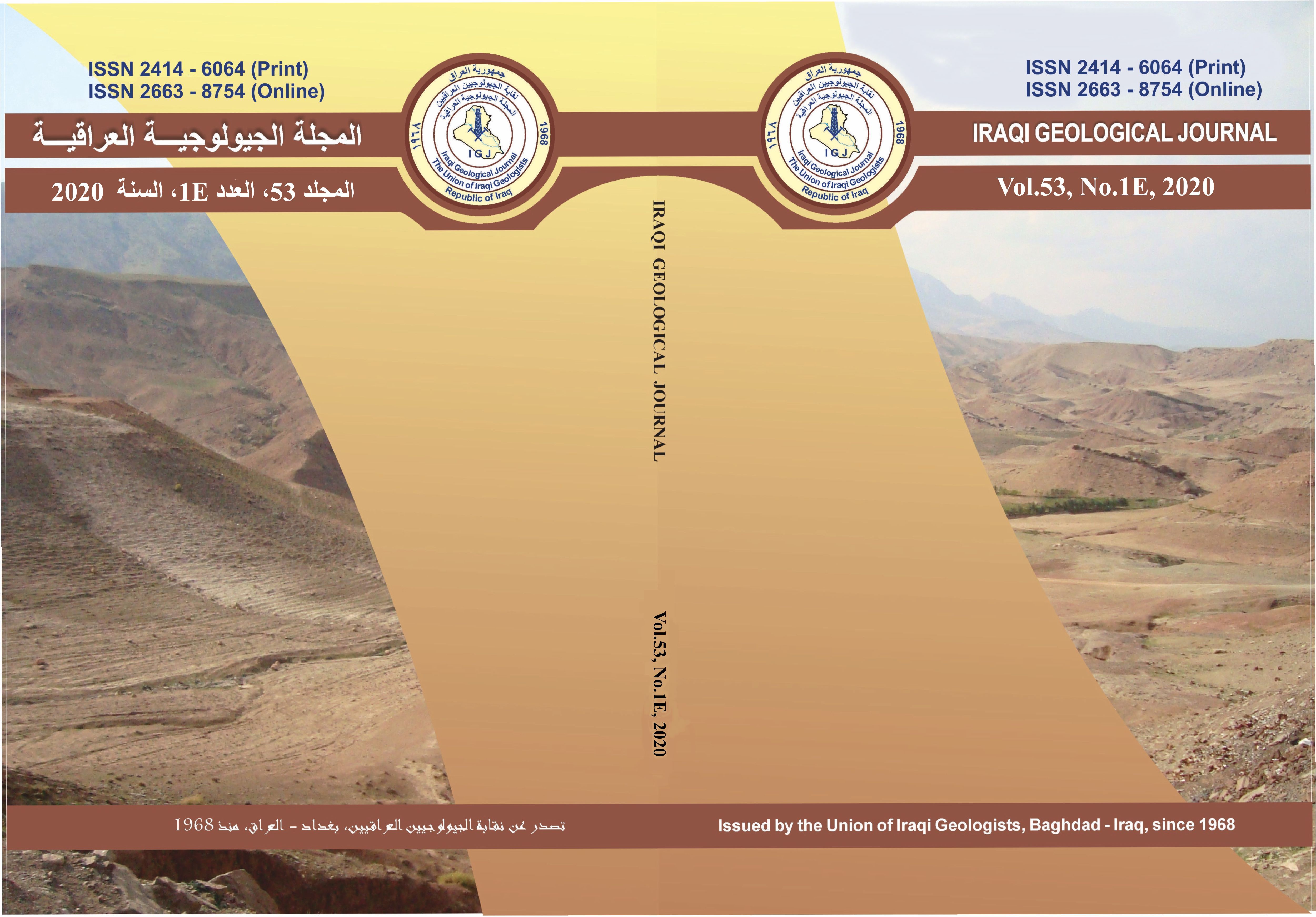